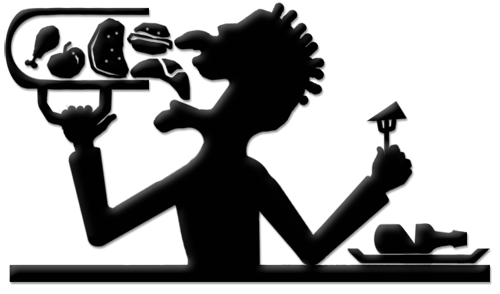 People often get a significant proportion of their daily calories from beverages. Although caloric beverages, such as juices and sodas, have been associated with weight gain, medical researchers don't all agree on the reasons for this. Some people believe that liquid calories aren't as filling as calories from solid food, but this may be too simplistic of an explanation because other factors may also be involved.ktek

Feelings of Fullness
Study results on the satiating effects of liquids vs. solid food remain inconclusive, according to an article published in the "American Journal of Clinical Nutrition" in March 2007. Some results show weight-loss benefits, and others suggest these beverages cause weight gain. A study published in "Physiology and Behavior" in September 2004 found that there was no difference in feelings of satiety after consuming either a sweetened beverage or cookies containing the same number of calories.
Compensating for Calories
Different beverages containing calories, including milk, juice and soda, all caused similar increases in feelings of fullness and a reduced desire to eat when compared to water in a study published in "Physiology and Behavior" in September 2003. These increased feelings of fullness, however, didn't result in the subjects eating any less at their next meal. A July 2011 article published in "Current Opinion in Clinical Nutrition & Metabolic Care" notes that the calories in beverages appear to be incompletely compensated for at later meals, which leads people to increase the overall number of calories they consume even though they feel fuller after drinking the beverages.
Potential Explanation
One explanation for the cookies not causing greater feelings of fullness than the soda in the 2004 "Physiology and Behavior" study may be that both of these foods can be consumed very quickly. An article published in the "Proceedings of the Nutrition Society" notes that when foods take longer to eat, they cause certain responses from the digestive system that signal fullness. Such responses, however, are either decreased or nonexistent when consuming quickly eaten foods, such as beverages. Another article, published in "Nature Reviews Endocrinology" in May 2010, notes that eating quickly or eating when distracted decreases your ability to experience the food you're eating with all of your senses, making it less likely you'll get all of the normal cues that tell you when you're full.
As Part of a Healthy Diet
You'll be more likely to feel full after eating if you concentrate on eating your food slowly. Another factor affecting fullness is the energy density of the foods you eat. Foods that are lower in energy density, such as fruits and vegetables, help you feel full on fewer calories than foods that are higher in energy density, such as foods high in fat or sugar. This makes them good choices for people maintaining a healthy weight or trying to lose weight.
Source: https://www.livestrong.com/article/418816-liquid-calories-vs-solid-calories/


You need Registration for reading and commenting.


Our calculations are based on Harris-Benedict formula.